Hard to believe that Haley is 7 already. It's a cliche, but it's really true that it seems like only yesterday that Haley was our baby. And now she's 7!

She had a great day. Aaron took the day off so we could spend the day with her while the boys were at daycare and give her some Mom and Dad time for herself. (Or mostly to herself, the baby was still with us.)

Instead of a big party, we let Haley invite a friend from school to go to the movies. She and her friend Keira chose to see Tangled. Personally, I had been hoping she'd choose Gulliver's Travels, since I had been wanting to see that one. Aaron was even less enthusiastic about Tangled than I was, but he gamely went along with Haley's choice.

Haley and Keira were bouncing off the walls of the van with excitement as we headed into town. They were wild! The giggling and joy at just the previews made us joke that we could have left before the movie even started and the girls would have felt like they got their moneys worth. It made us feel pretty glad we had ended up choosing the movie instead of Haley's original request for a sleepover - there would have been NO sleep happening at that sleepover. ;)

As it turned out, the movie was excellent. The girls loved it and Aaron and I also enjoyed it thoroughly. Good music, fun plot, several laugh out loud funny parts. I'm really glad we went to see it. I highly recommend it.

After taking Keira home, we picked up the boys and went home to open birthday presents. Haley was happy with all her gifts. The earmuffs were an especially big hit and she wore them for most of the evening.

We then went to IHOP (Haley's choice) for dinner. Haley handed over her coupon for a free birthday dinner and they made a little fuss over her, which she really liked. They also brought her a free sunday at the end of her meal and sang a birthday song. She REALLY liked that. Aaron and I really liked the fact that all the kids behaved themselves!
Posted by taradon at 2:03 PM 3 comments:

We had a fun family Christmas. All day on Christmas Eve, we tracked Santa on the NORAD website. Aaron (as a geographer) was every bit as interested in Santa's progress as the kids were! In fact, after the kids were in bed, Aaron still had the site up watching to see where Santa would visit next in his travels around the globe.

We drove around looking at Christmas lights before bedtime. As always, we were amazed at the work and creativity (and cost!) that go into these light displays. I would love to light up our house that way, but I just don't have the time or energy to put it all together! Afterwards, the kids opened their Christmas Eve presents (new PJs) and headed for bed.

The older 3 kids had asked Santa for Pillow Pets. Happily, he delivered the goods. A ladybug for Haley, a panda for Preston, and a penguin for Brekken.

The older kids had a great time with their new presents. Rylen slept through all the excitement.

We had a lovely, lazy day. We all stayed in our PJs all day long, had some good food and some junk food and just enjoyed the family time. :)
Posted by taradon at 1:49 PM No comments:

So much to blog about...

One of these days soon I hope to post about Christmas, Haley's birthday, and my fun fender bender. Until then, Merry Christmas and Happy New Year from the six of us!
Posted by taradon at 3:47 PM No comments:

I was driving home tonight and a great song came on the radio. I started drumming along on the steering wheel and Haley exclaimed,

As I explained to her that I've been driving for a long time and I know what I'm doing so it's just fine, thank you...

I almost rear-ended a car parked on the side of the road. Oops.
Posted by taradon at 6:51 PM 2 comments:

Preston has been singing in the Sounds of Joy choir since August. They've spent all this time getting ready for the big Christmas production. The big show was on Saturday and Sunday and it was so cute! Preston (and all the other kids) had a great time. I was really impressed with Preston for not being the least bit nervous to get up on the stage and sing in front of almost 500 people! He said he liked it when everyone watched him, because he knew the actions and the words and they could see him do it right. :)

For the first part of the show, Preston sat with us in the audience waiting for his group's turn to go up and sing. He was so into the show that he was dancing in the aisle as the other kids sang.

(We won't mention all the other things that were happening in the aisle as the other kids sang - except to say that many cheesy bunnies had a tragic fall to the theater floor, there was much hissing of "Be QUIET! Don't you know other people are trying to hear the show!" and the baby may or may not have had a diaper leak all over the seat requiring much clean up...)

So I'm sleep deprived, often grumpy, and behind on the dishes, laundry, picking up, and blogging. But instead of dwelling on that, I'd much rather dwell on... 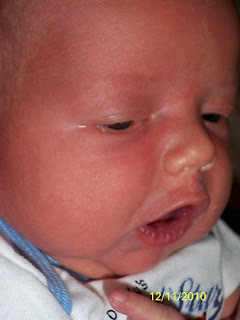 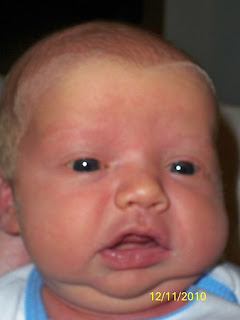 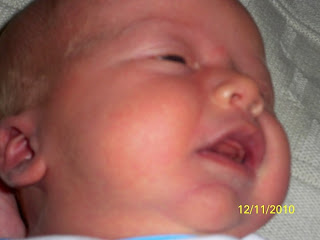 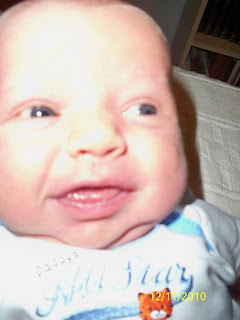 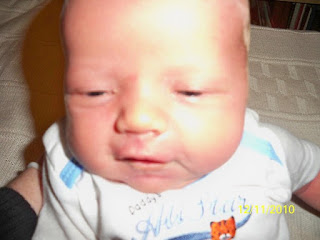 A Bit of Christmas Spirit...

Posted by taradon at 6:23 AM No comments: